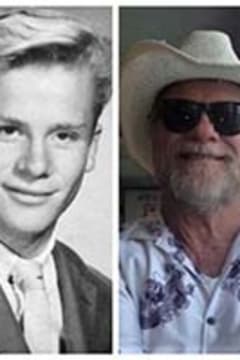 Robert James Walsh, “Bob”, 71, passed away peacefully in the comfort of his home in Las Vegas, NV on December 21, 2020. He was born at the Naval Station in Shields Township, Lake County, IL on June 9, 1949 to James Joseph Walsh and Hilda Ruby Hill Walsh. He was a member of the Spokane Tribe of Indians.
Bob was a long-time resident of Las Vegas, NV. He graduated Rancho High School in 1970 and worked 19 years at the Dunes Casino. He was a father, grandfather, great grandfather, brother, uncle and friend.
Bob was truly one of kind. He was a “what you see is what you get” kind of man. He loved working on classic American cars, catching fish in Lake Mead, gambling at the local casinos and hunting for treasures at auctions. He never grew out of a teenage boy’s sense of humor which would make most people blush ... he was the King of “pull my finger”! More important than his colorful character was his generosity and un-selfishness. There was a huge heart under his shield of silliness. When Bob learned he was having his first child he said three things: I need to get my diploma, I need to get a better job and it better be a boy …
Bob is survived by five daughters and ten Grandchildren, Jenifer R Walsh; Jacqueline R Walsh and her two children, Alexis M Rheinick-Donnelly (Chris) and Beau D Rheinick; Juliane Walsh and her four children; Bobbie Raye Walsh-Jimenez and her three children, Erbie Jimenez, Randie Raye Allen (Wyatt), and Billy JJ Jimenez; and Ruby Ann Walsh and her child, Carter James Howard Edgley. He was also survived by ten Great Grandchildren and will be fondly remembered by five nephews, four nieces and other extended family and friends.
Bob was predeceased by his mother and father and all three of his siblings, Michael Walsh, Catherine Walsh and Martin Walsh.
His last wishes were to be cremated and buried on the Spokane Indian Reservation.
Sometimes inappropriate, sometimes silly and untraditional but always genuine. Bob was deeply loved by his daughters and will be missed terribly.