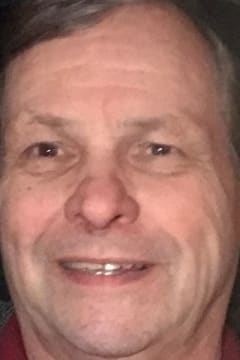 Richard L MacDuff of Henderson passed away on Saturday, February 27. Rich was born in New Jersey March 24, 1947 and spent his growing up years moving around with his military family until finally settling in the Seattle Washington area. Rich attended the University of Washington graduating with a Bachelors degree. He was a small business owner much of his life, importing fish and later owning and operating a retail pet store. Rich moved to Las Vegas in 2009 after meeting and marrying his present wife Marsha. Rich enjoyed playing pool, traveling, hiking, camping and photography.
He is survived by wife Marsha of Henderson, sons Jeff and Curtis MacDuff of Seattle, daughters Alison Chown of Seattle, and Sabrina Drexel of Portland and 4 grandchildren.
Rich was an extraordinary man with many talents and a wit and charm beyond measure and will be missed immensely. Private family gathering planned.

Marsha, This is beautiful. I cannot tell you how much Rich changed my life. His death has really upset me and I realized, the discipline of writing emails every day was a gift. Even though I was not talking with him on a day to day basis, his emails were his voice and he was talking to me and his many subscribers. He truly cared about me learning his process. I so appreciate that. He had a great sense of humor and was wicked smart. I am a better person for Rich being in my life. Even though we never met in person, I will truly miss his voice, his teachings, and his caring about his subscribers.
- Sherry Berman

I am 85 years of age and moved to Bremerton Washington in 1994. I was a retired military pilot and Riche's father was retired from the US Air Force. WE quickly became fast friends and have remained that way over the years. Over my life time, I have gathered perhaps ten friends who are forever there for me and me for them. Rich is one of those friends. For the past 30 years he has been my brother. See you soon Bro, Jim Frye
- James Frye