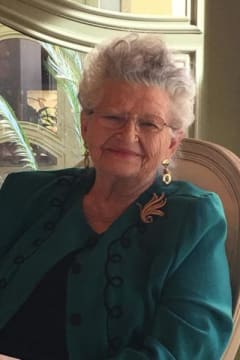 A beautiful life on earth has come to a close. Our mother Pat loved to laugh and sing; she was a fast friend to everyone she met. She loved all people, but most especially children. She always had time for you and would talk for hours. She took great joy in her family, particularly her grandchildren and great-grandchildren.

Patricia (Pat) Thurston Taylor Bray, 86, died at Nathan Adelson Hospice in Las Vegas, NV on February 18, 2021. She was born on September 20, 1934 in Barrhead, Alberta, Canada, a remote town northwest of Edmonton, to Lulu and Frederick Thurston. She was the youngest (by quite a lot) of their four daughters, all of whom have preceded her in death. During WWII, the family emigrated from Canada and settled in eastern Washington.

After graduating from Dayton High School, she went on to attend business college in Seattle. Working at a title company, she met her first husband, Gene Taylor, together they had three children. After Seattle, they spent three years in Walla Walla, WA where her two youngest children were born. In 1966, when she was 32, they moved to Las Vegas, NV and settled into a house just west of Rainbow in what was, then, the extreme western edge of Las Vegas. She lived in the valley for 54 years. In 1980 she married her second husband, Charles Bray. They were married for 31 years. Both of her husbands preceded her in death.

During her time in Las Vegas, Pat worked various jobs in the service industry. She found her calling in helping, encouraging, and supporting others. She was a devoted Jehovah’s Witness and dedicated her life on June 6, 1968.

Pat deeply touched all the lives she came into contact with. Whether she was offering a helping hand, an encouraging word, or a prayer, she knew what was needed at the time. She leaves behind many loved ones and friends. Her hobbies were crafting, singing, writing, cooking, and spending time with her family. She is survived by her 3 children; Guy Taylor 62, married to Catherine, Shari Grady 56, married to Gary and Kenneth Taylor 55, married to Renee. She has 9 grandchildren and 19 great-grandchildren along with many nieces, nephews, and cousins. She is fondly remembered and will be dearly missed as a mom, grandmother, and friend.

So very sorry to hear about y'all's mom passing away. We all loved her and appreciate how nice she was to all of us kids. We thank God for her taking such good care of our Dad until his passing. May Jehovah God comfort each and every one of y'all. Love always, Teresa, Mike and Jazz and all the boys and grand kids.
- Teresa Brown
Pat was a wonderful witness and added so much to my life I will miss her so much until she is resurrected when we will climb the nearest mountain togethe
- Janice carley