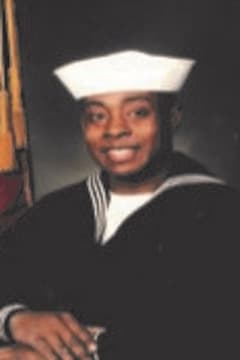 Michael R. Gaddis, and artist and native to Las Vegas, NV, died unexpectedly on December 25, 2020 at the age of 47 in the home he was raised in.
Michael is survived by his siblings; his brother, Dwayne Norris Lowery; sister, LaRhonda Lennox; nephews, Randolph Burris and Christopher lowrey; and niece Rama Akash. He is receded in death by his mother, Maurice Scott Gaddis and father, Leroy Gaddis.
Michael Gaddis was born March 30, 1973 to Meroy and Maurice Gaddis in Las Vega, NV. He graduated from Chaparral High School in 1991. Known by friends and football teammates as Gaddy Train. Following 2 years at Dixie State University Michael enlisted in the Navy serving his county in active duty for 3 years.
Michael's hobbies were collecting and reading comic books. Which drove his creativity and passion of drawing. In 2018 Michael accepted Jesus Christ as his Lord and Savior. He will be deeply missed by his friends, family and all who knew him.