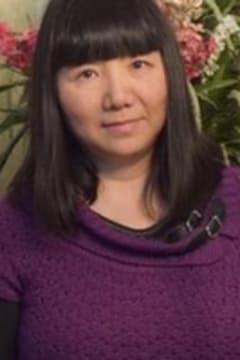 Lin Yuejun Lang, 51, of North Las Vegas passed away unexpectedly on May 8, 2017.
Born Lin YueJun in China on August 9, 1965, in the city of Shaoyang, Hunan province, Lin spent her formative years in the midst of a profound social and political upheaval which would go on to be known as the Cultural Revolution. Her parents, who were educators, lived such distances away, she had to travel as a child to see them. She studied in Shaoyang No. 4 Middle School, then attended Wuhan University for her Bachelor's degree. She worked for the Xiangya School of Medicine, Central South University teaching English for several years.
She came to the United States in 1993 on a student visa, where she earned a Master’s in international affairs from Ohio University. At the university, she met Robert Lang, who pursued a medical degree. They met while studying late one night in the library and were married in Athens, Ohio on July 20, 1995. Lin would go on to become a naturalized citizen of the U.S. in 2001.
During the years following her studies, Lin gave birth to five beautiful children, Cisco (1996), Danny (1997), Becky (1999), Vana (2000) and Tony (2001). She devoted her life to raising them, despite how the family moved often. Beginning in Albany, Ohio and later to Youngstown, Ohio in 1997, the family settled down in Bedford, Indiana in 2001.
While living in Indiana, Lin guided the children through two of Robert's overseas deployments with the National Guard. She took her children to school and Catholic church as her husband was away. The family moved to North Las Vegas, Nevada in 2008. She loved the city. As her children grew older, Lin returned to work, enjoying casino and convention hospitality jobs, which used her fluency in both Mandarin Chinese and English.
Lin is survived by her beloved husband, Robert; five children, Francisco, Daniel, Rebecca, Ivana and Antonio; stepson Patrick, of Athens, Ohio, an older brother, Lin WenJun and his wife Nie AiLian, of Beijing, China; nephew Lin YiFeng and his wife, Jessica Lin, of Fishers, Indiana. Lin was preceded in death by her father, Lin SongTin, mother, Xiao YouLan and older brother, Lin XiaoJian.
A lifelong learner, Lin always striving to improve her English with her children. She enjoyed walks in the park, cooking, singing and blogging in Chinese. She cooked especially spicy food for herself but loved cooking for others, even if she hadn’t eaten every culture’s cuisine. Every Chinese New Year, she gave gifts and taught the children about their culture. At night, she read before bed, and during the day, she listened to tapes in the van as she drove herself and her children between work and functions. She recently started to learn Cantonese. As Daniel prepared to leave for his study abroad program this summer in China, she always helped him from home and introduced him to her friends and relatives. She wanted to buy gifts before his flight.
Lin's greatest joy was seeing her children grow. Always polite and cheerful toward guests, she raised her children to be the same. She was loving and energetic, though critical when she had to be. She believed in persistence, hard work and academics, having taught her children to learn Chinese through poems when they were young. Their health, happiness and success remain the ultimate monument to a life spent in the service of her family.
Funeral services will be held on May 13, 2017 at Hites Funeral Home in Henderson, Nevada. Viewing begins at 2 p.m. with funeral services at 3 p.m. A burial will be held later at the Southern Nevada Veterans Cemetery in Boulder City in a private ceremony.
In lieu of flowers, memorial contributions may be made to an education fund for the children. Please visit http://www.gofundme.com/LinLang