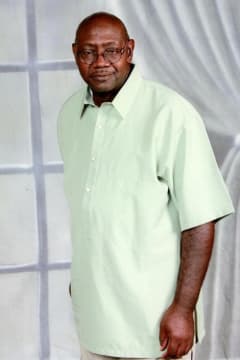 He graduated Dunbar High School, Class of 1972, in Ft. Worth, Texas.

He was preceded in death by his parents, his sisters Helen Brown Kennard and Billie Carter Chafer, and his brothers Jimmy Carter Jr. and Clyde Carter.

Arrangements are with Hites Funeral Home.

Joe was a special soul. He would come to get his manicure and pedicure and sleep through most of it. I'd feel badly disturbing him to switch hands or feet. One time I asked him what he was going to do the rest of the day. He said 'go home and do more of this', referring to sleeping, then he smiled. When he was awake, we talked about jazz music, his family and of course, his love for Jesus. His smile was the warmth in the room. At worship practice, I'd look at him standing by the sound booth and he'd have that smile on his face. Joe, I will miss you.
- Earla Perry
May His Grace comfort and sustain you in this season of separation
- Willie McDaniel

Joe, prayers for you and your family, R.I.H. Far winds and following seas.
- Lloyd Brumfield

Praying for you and your family. Be comforted by loving memories of kindness. Gladys Moote
- Gladys Moore

Sending abundant prayers and condolences to you and your family. Forever in our hearts.
- The Tutt Family

i pray God's comfort to the carter family!
- ladell manion
Praying for you and your family to be comforted and supportive during this time.
- James Hicks