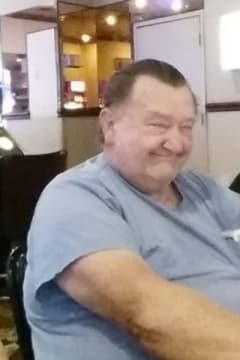 Jerome 'Jerry' Hornschemeier,72, passed away on January 7, 2021. He was born on September 21, 1948. On December 28, 1968 in Cincinati, OH he married Marianne. They had three children Lisa, Jerry, and Angy.
Jerome was preceded in death by his wife Marianne.
He is survived by his daughter Lisa, son-in-law David, their children Karen and Michael, son Jerry, daughter-in-law Libby, their children Angie and Kylie, daughter Angy, daughter-in-law Laurette and his sister Chris.
Jerome also leaves behind grandfur babies of Kobe, Rusty, Snowball, Zeek, Zeb, Diego, Tango, Tapoli and Tabby.