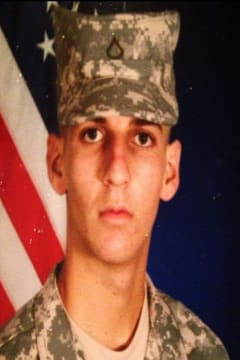 Jake was born on May19th, 1993 at Nellis Air Force Base in Las Vegas, NV to William (Tony) Mathis and Kelly Gonzales. His grandparents, Billy Mathis (named Jacob), Connie Moses, Alvin Gonzales (beat Jacob’s parents to the hospital), and Diana Gonzales were elated by the birth of their first grandchild!

Friendly and affable, he had countless friends throughout his short life. He was extremely close to his siblings Gabriel, Chooch, Jason and Jennifer and had a unique bond with each one. He loved his role as “Uncle Jake” to his niece and nephew, Marlee Rose and Maverick.

Jake loved all sports especially baseball and hockey. He attended his first baseball game when he was just 9 days old, the Las Vegas Stars. His baseball coach called him “a natural” as he made switch-hitting and fielding look effortless. Let’s go Dodgers! Go Knights Go!

Quick-witted and highly intelligent, his career choices were endless. Much to the shock and horror of his Army recruiter and family, he insisted that he would only join if he was an 11Bravo Infantryman, a Grunt! HOOAH!

He honorably served three, grueling years and fondly reminisced of the man it made him and the lifelong friendships formed.

He was a member of the Local 525 union and worked as a HVAC technician with a great company that treated him like family.

Kelly, Coach Al and Diana, My mother (Irma Smith) and I ( CC) would like to extend our deepest condolences to you. And although we haven't seen or spoken to guys in years, you guys still hold a special place in our hearts. Love You Guys Always💙
- Irma and CC Smith

So loved by family and friends. He was always respectful, kind and gentle. Ed and I will remember him always. Pool parties and entertaining the other kids. Closest family I have ever seen. Love and prayers. Ed and Sandy Fox. 🙏🙏💞💞
- Ed and Sandy Fox

Jake changed my life in several ways! I wish I can relive some of the moments we shared. Such a Humorous, outgoing and inspiring man he was. Rest Easy Jake and until we meet again 💚
- Cortney Doss